The condors of Colca Canyon have a posse

Who would travel deep into Colca Canyon via a pot-holed, fear-inducing, six-hour bus ride and still say to hell with seeing the area’s acclaimed and rare Andean condors? 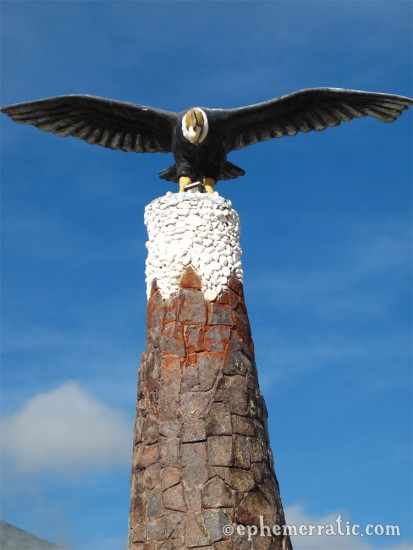 This condor’s available for viewing, anytime, any day.

Prime condor-feeding time and thus, bird-watching time, is first thing in the morning. To spot one at Cruz de Condor, the popular viewpoint near where we’re staying in Cabanaconde, Peru, we’d have to ride a pre-dawn bus, heave through a crowd of tourists, and fend off touts, all to see a glamorized vulture. 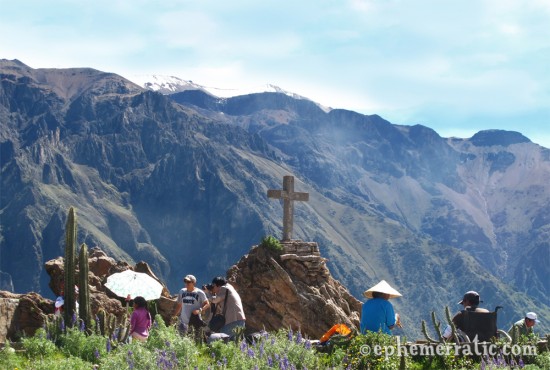 Can’t you just imagine the majesty?

The Andean condor is a bird that’s hard to get behind. It lacks any cute factor, what with its feather-free Skeksis head, which is less messy for eating from wetly rotting carcasses. Sometimes, driven by hunger when wild food sources become scarce from human intrusion on its habitat, the condor preys on livestock, which infuriates farmers who have weapons of death aplenty. And, its over ten-foot wingspan outdoes that of any other land bird, giving the condor a physically intimidating superiority that makes it the André the Giant of the Andean sky.

Ruthlessly slayed, chemically battered by pesticides, and slow on the baby-making, the Andean condor hovered near dodo level for decades until conservationists brought it back from the brink to a less precarious near threatened status.

Besides the bird’s scarcity, sightings of Colca Canyon’s condors are hard to come by because we’re here at the end of the cooler rainy season. We’ve been told that it’s a time when the birds are just migrating back to the canyon from warmer coastal hunting grounds. Or, like other sensible creatures, perhaps the condors use the chilly weather as an excuse to stay in bed or, rather, nest.

Instead of bird watching, we spend our day hiking to Mirador de Achachihua, a viewpoint from which we can look into the world’s deepest canyon and also an easy walk from Cabanaconde. As we make our way through fields for grazing and farms for cultivating, the sun rises to its noontime apex, the fog recedes, and blue blooms above. 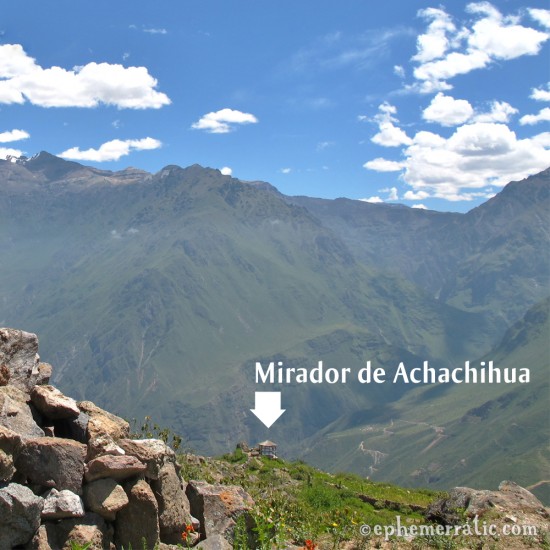 Pop a squat right there.

At the mirador, which sits on the high south rim of Colca Canyon, a small hut provides shade and a level platform on which to stand. The view is, literally, panoramic, with the canyon continuing well beyond my peripheral vision. The erosion-carved depths plunge steeply at my feet and, across the Rio Colca, ascend to eventually meet not-so-distant volcanoes and mountains.

And then, there they are — two Andean condors flying toward us from opposite directions. 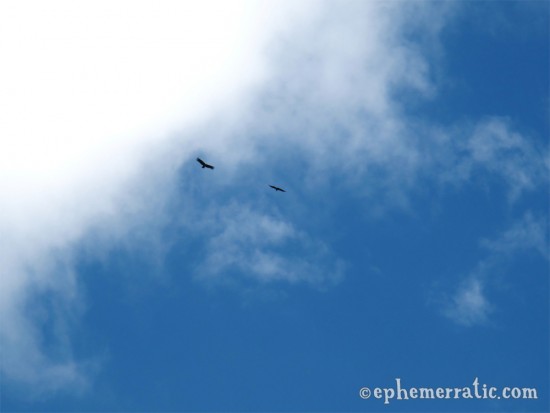 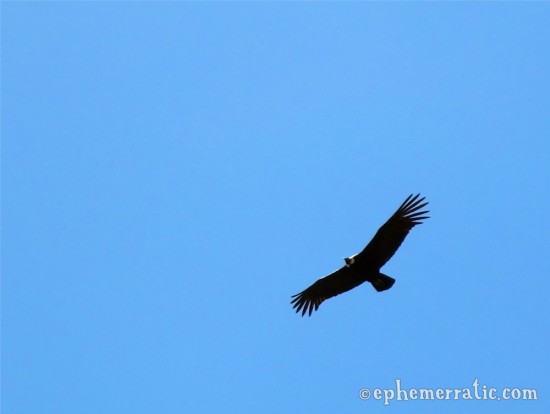 The condors buzz the mirador hut like hotshot airplane pilots, turning and rising at the last moment. Back and forth they waft overhead, seeking out fresh-dead nosh or just killing time on the breeze. 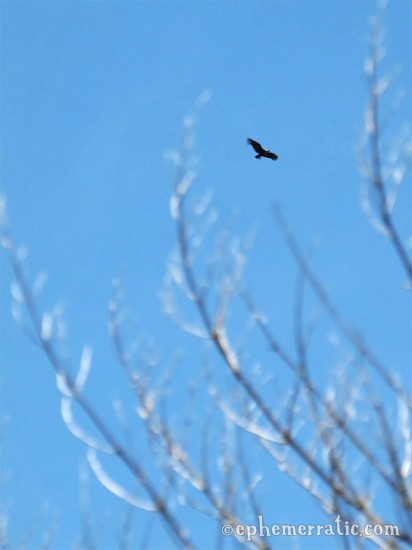 Condor on the hunt.

Unsought but not unwelcome, the condors hold our attention until they dwindle into the canyon’s depths. 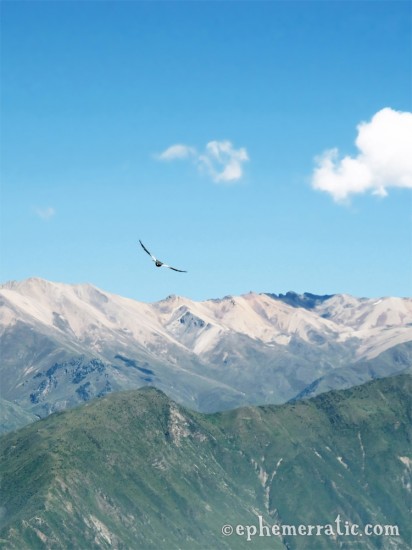 Ok, I think this is actually a Caracara, but it’s still a stellar scene.