Though I’ve explored the aisles of markets all over the world, the meaty bits on display at the Mercado Central (Central Market) in Cusco, Peru challenge even my steady stomach. 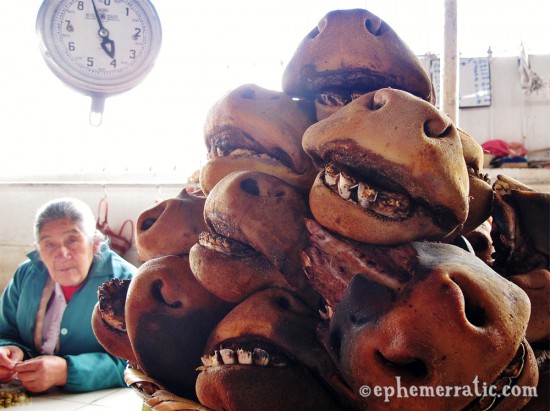 Super — in which food is coddled and swaddled in shrink wrap and styrofoam, with automated vegetable misters and deep freezers to keep things “fresh” for days or even months; and

Bootstrap — in which food is sold soon if not immediately after it’s been picked, fermented, brewed, plucked, gutted, or skinned, with each vendor specializing in a small set of offerings. 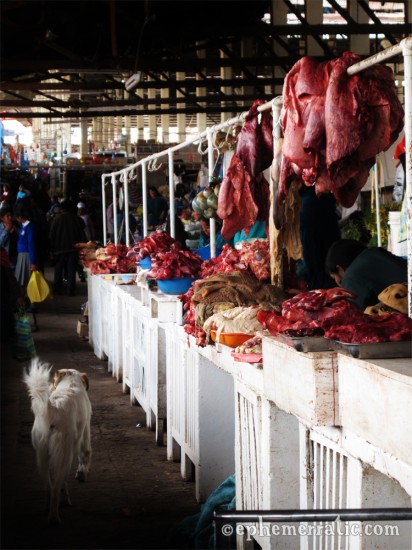 A dog stalks the meat aisle in the Mercado Central

My brother worked at a suburban supermarket, and for all the store’s appearances of control and sanitation, the staff’s favorite late night distraction was playing hockey with long-frozen hamburger patties in the warehouse, cracking the occasional whippit between periods (he swears they left the meat disks in their plastic casings).

In supermarkets, the things you don’t want to see — and especially the things management doesn’t want you to see — are kept out of sight. That doesn’t mean they don’t exist. 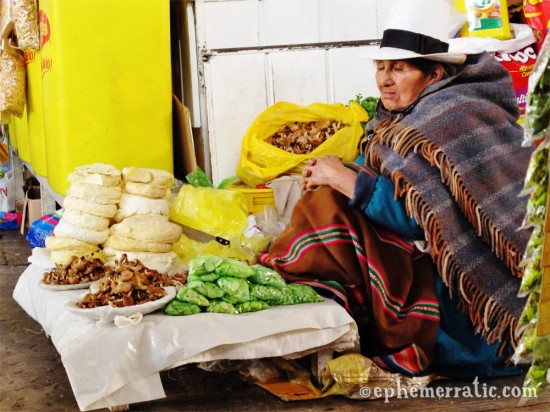 Animals get butchered. Fruit rots and molds. Buckets of cast off sinew fill to the brim. 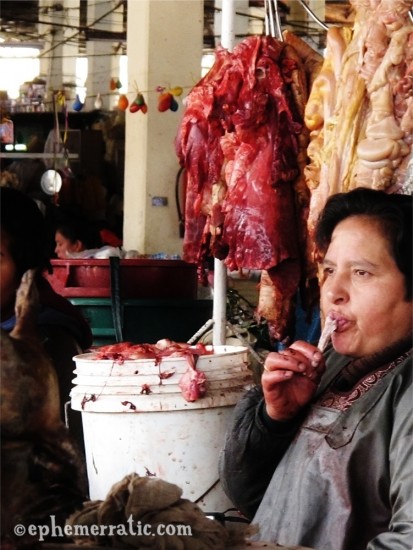 A vendor eats lunch in the Mercado Central’s meat section

Going to a town’s markets, bootstrap or super, is one of my favorite things to do when I travel, whether it’s the hipster farmers markets in the U.S. or the floating produce markets of Vietnam. 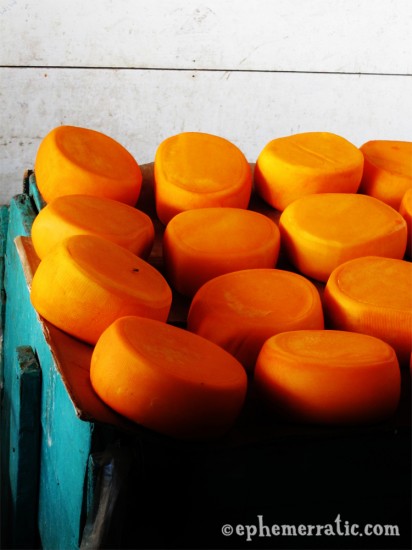 I just may not necessarily be mentally prepared to eat what’s for sale at the market. From a supermarket, I would rather skip a meal than eat processed, packaged aberrations like Lunchables. At Cusco’s Mercado Central, it’s more that I don’t even recognize most things, no less have any idea of how to cook them.

That mystery is the bootstrap market joy. 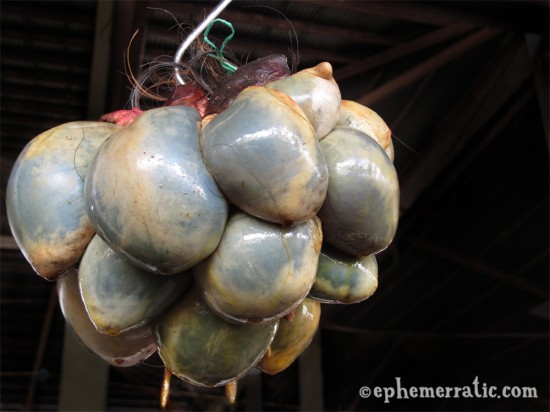 Animal parts hung by hair — Yes, you can click to enlarge this one

Where in the world is your favorite market?

← The hard-to-find street art of Cusco, Peru
Soroche suffering: How to prevent altitude sickness in Peru →