We were getting along so well. Until you said THAT.

Yolandi looks across the table at my cazuela in confusion. “Whoever heard of soup without bread?” she asks rhetorically.

I consider my bowl of herb-flecked broth, extra yellow from spicy splashes of aji amarillo sauce. Submerged in its substantial depths are a half chicken still on the bone, whole green beans, and thick wands of carrot. If carbs are what’s needed, in the soup there’s also quinoa, a wheel of bulbous Peruvian corn cob, a wedge of green-skinned and orange-fleshed zapallo macre, and two entire potatoes.

This soup needs bread like an alpaca needs a sweater vest.

Her comment is the first sign that something is off about the South African couple Todd and I have buddied up with in Ollantaytambo, Peru. It just gets more awkward and carelessly racist from there. 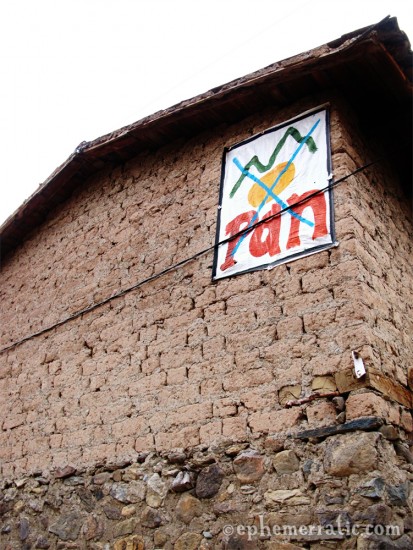 We’d met them that morning in a colectivo headed to Ollantaytambo. As the white sedan swooped through the Sacred Valley, Todd sat in the passenger seat, chatting up the driver, and I sat in the back, chatting up the other passengers. I talk to Yolandi* and her husband Watkin* about the usual traveler topics: the route and reasons that brought us here, hostel horrors, and next-up plans.

On their list of yet-to-dos is to eat cuy, the cuddly and nutritious Peruvian specialty, guinea pig. Since Todd and I have yet to try it, and we’re getting along well enough, I suggest we all share a cuy at dinner. Once in Ollantaytambo, we make plans to find each other in the plaza after sunset and head to our respective hostels. 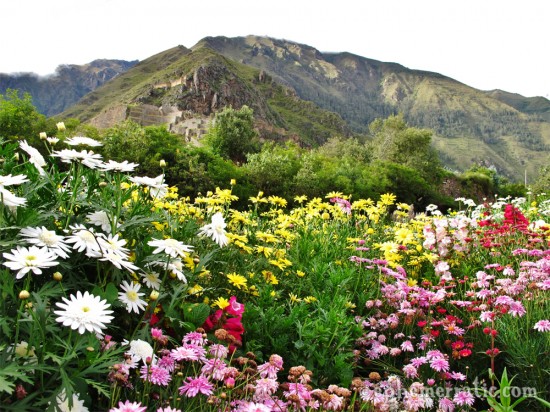 Ollantaytambo is such a small town, we should have figured that we would run into each other eventually. Or, as it happened, immediately. After a nap, we spot Yolandi and Watkin just past the short bridge that spans the narrow Patakancha river. We’re all looking for the same place, Puka Rumi, one of the few restaurants in Ollantaytambo that’s both blogger and tour book recommended.

Todd and I are always on the hunt for food finds, so following on the cazuela remark, we ask for their favorites. Yolandi and Watkin, who confess to cooking most meals in hostel kitchens, are heartily amazed that we are so into food. English isn’t their first language so I wasn’t expecting they’d know the term “foodie.” Still, Todd and I can’t fathom that they’ve never met anyone who makes eating well a priority.

Between bites of her sandwich, which she eats with fork and knife, Yolandi reminisces, “When I was in Luang Prabang, my favorite place was where I could get a small baguette with whatever I wanted on it for only seven kip, about a dollar. They’d put anything on the bread! It didn’t matter what it was—ham, cheese, chocolate—all the same price. I ate there every day for every meal!”

Besides the monotony, chocolate? In Laos, that usually meant Ovaltine. Cheese? You’re talking Laughing Cow “spreadable cheese”. Luang Prabang’s cooks provided some of the best food we had in Asia, for none of the reasons above. Our meals soon finished, we pay the bill and part ways. 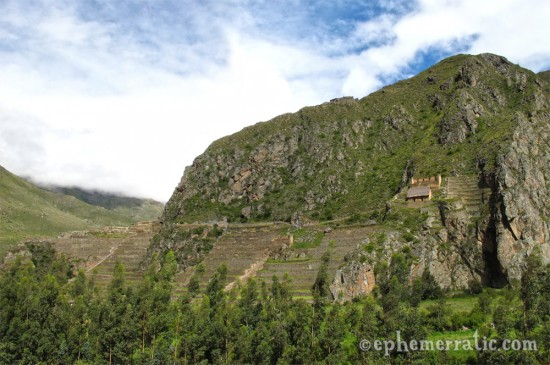 Later, Todd and I relax with a couple of cervezas at a table on the plaza, watching the sunlight fade. As the time we’re supposed to meet the South Africans for dinner comes and goes, I admit, “I’m kind of hoping they don’t show up, babe. They were weird. Weren’t they? Weird?”

I like to reality check with Todd, who is much more optimistic, easygoing, and gosh darn nice than me.

Just as Todd affirms, “Yeah, they were weird,” I spot Yolandi and Watkin walking toward us across the now dark square. Since none of us feel drawn to the head-on, fangs-bared, deep fried, whole cuy (guinea pig) that looks more like a P.T. Barnum exhibit than dinner, we opt for a schmancy restaurant that has a few cuy dishes on the menu. 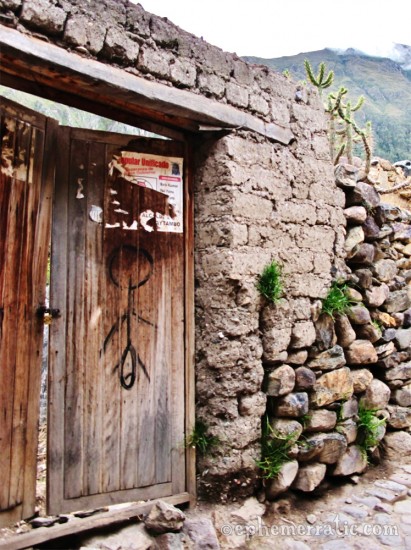 Some offensive things make us laugh

We fill the food-waiting time with more conversation, which keeps drifting weird. Watkin tells us, “When we met you and you said you were American, we think, ‘Oh no!’ But then we know you and you are not like them.”

Todd and I laugh at this backhanded compliment and join in mocking Americans for a while, always a sure way to bond with other travelers.

Todd starts in on one of our go-to stories, “We were on a bus in Morocco, filled mostly with tourists. A guy, who we know is American from his accent, starts screaming, ‘Fuck you!! I told you! Stop leaning your seat ba—'”

Todd wraps up the story and changes the subject, asking Yolandi and Watkin about South Africa, of which we know little about. They share that people are usually surprised to find out that they are South Africans, since they’re white.

Yolandi says, “It’s like when I meet, one time, a blonde, blue-eyed Jew. And, since I expect Jews to be—”

“Todd’s Jewish!” I yelp, hoping my outburst will stop her before she can describe what she thinks Jews should look like.

___
* Do you recognize the aliases I gave to those who may still find their better selves? Let me know your guess in the comments.