Views to die for in Colca Canyon

Having carrion-craving birds circling in the hot updrafts above you can indicate that those expert hunters of the dead and dying consider you a likely next meal. 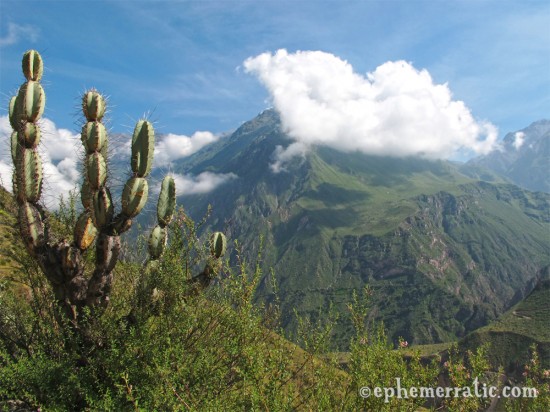 The condors in Colca Canyon, Peru may have smelled my sweat, thick with flushed salt and electrolytes. They may have heard the hollow crunch of plastic as I crushed my last, now empty bottle of water. They may have surveyed the unsettled curve of my shoulders as I hunched them uselessly against the charring, stunning sunshine.

Whatever clues the condors employ, they’ve observed enough that their animal instincts keep them hovering, watching over me, waiting and hungry.

Panorama of Colca Canyon from under the shade of overhanging leaves.

Surrounded by the rewarding long and tall views of Colca Canyon, it’s easy to forget that this is a rough hike, full of risk.

As Todd and I planned our trek into the canyon, the Peruvian media was still talking about Ciro Castillo, a student from a wealthy Lima family who’d died in the canyon in 2011, his body found after 200 days of despaired searching. A year after he died from what officials determined was an accidental death, Ciro’s family and reporters still speculate murder by drug runners or a passion-provoked shove by Ciro’s girlfriend, Rosario Ponce, who was found dehydrated but alive after 9 days in the canyon. 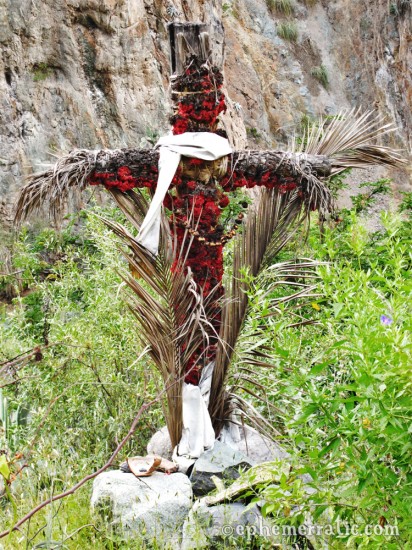 Handmade cross on the canyon trail.

It’s not until later, safely back in Cabanaconde, a village on the canyon’s rim, that I hear one explanation for why Colca Canyon is so gorgeously perilous.

It comes down to local politics, money, priorities, and corruption. Starting in 2012, foreign travelers to Colca Canyon must pay an entrance fee of 70 soles, roughly $26 US. Called “staggering” by some, trekkers and local businesses alike were put off by the doubled fee.  Yet, a source in the tourist industry in Cabanaconde tells me that little to none of these increased fees trickles down to the communities, businesses, trails, and people in the canyon. 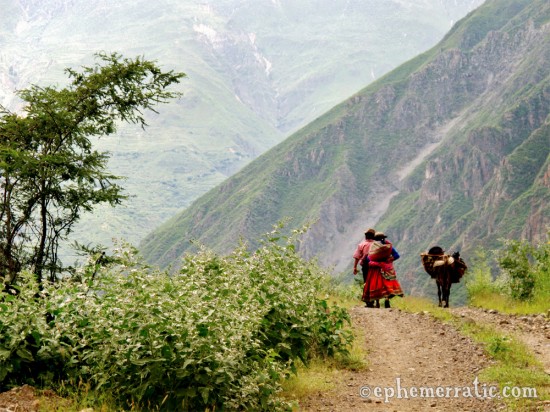 He says the money is first sent to Peru’s capital city, Lima, where many soles are taken off the top for administration, taxes, and other operating costs. Then the funds slowly shuffle over to Arequipa, the government seat for Colca Canyon, and its Oficina de AUTOCOLCA, from which the money never seems to flow anywhere else (and clearly not to website development). 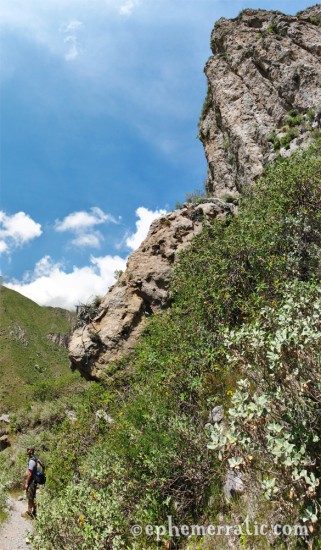 Todd under a hovering rock formation.

My source said that currently, none of the fees fund trail maintenance, road improvements, or trash collection. Instead, the government is enthralled with the $18 billion “artisanal mining” industry, in which locals, instead of big companies, mine for precious metals like gold. While this pollutes the canyon’s water and harms miners, he asserts it puts plenty of money into government pockets. 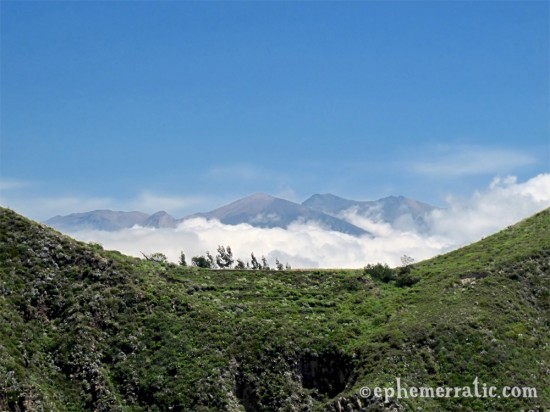 Farm in a valley between heights.

Meanwhile, trekkers are asked to pack out all their trash (though leaving no trace is a fair expectation of hikers anywhere), since locals have no option but to toss it into the river. Trail guides, donkey touts, and guesthouse owners repair the trails as best they can after the rains, using Sisyphean grit, old shovels, and donkey power. 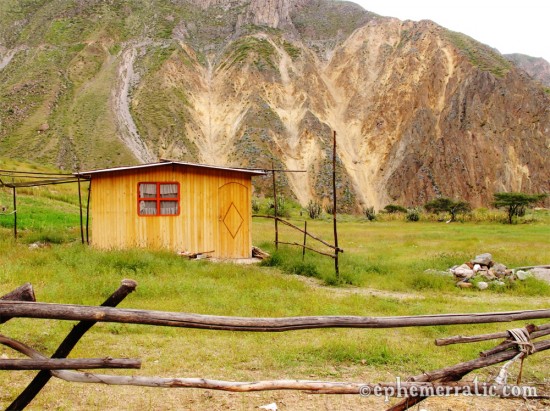 And people continue to die on Colca Canyon’s beautiful, winding, narrow, and ill-maintained trails. People like Ciro. People like Paula Sipov, a Brazilian tourist who fell into an abyss in the canyon when the mule she was riding slipped off the trail. Locals and poor hikers die too, but don’t make the news. 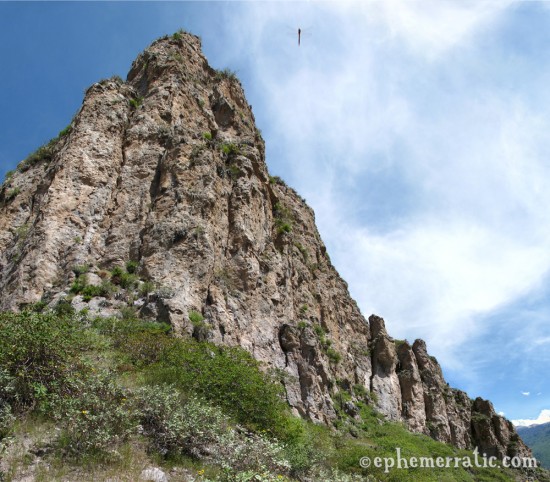 Knowing that death comes to Colca Canyon regularly makes me more aware of the condors that circle above. It’s thought that Incas believed condors were immortal, responsible for escorting those that died into the spirit world. 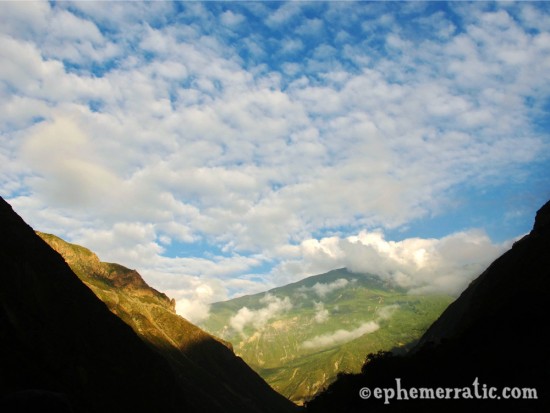 Sunset in the Colca Canyon valley.

← Drawings from a hike in Colca Canyon, Peru
Romney vs Big Bird, and our other distractions →